María Martorell passed away on July, 26th. Fundación Proa presents one of her works, "Pintura" (1967), at "Imán: Nueva York" exhibition. 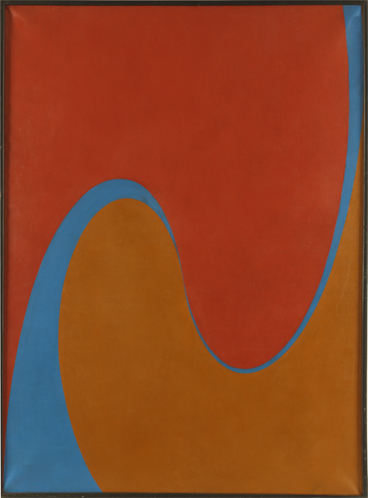 María Martorell was born in Salta in 1909. In 1942 she began to study with Ernesto Scotti. Between 1952 and 1957 she settled in Europe, first in Madrid and later, in 1953, in Paris, where she studied with Pierre Francastel and was connected to Georges Vantongerloo. She exhibited her work in Madrid and Barcelona in 1952 and in Paris in 1955, at the Salon des Realités Nouvelles, where she presented her first abstract paintings, and at the Cimaise Gallery, in the exhibit “26 abstract painters.” She participated in Ocho artistas constructivos, at the Museo Nacional de Bellas Artes (1963),Del arte concreto a la nueva tendencia,at the Museo de Arte Moderno (1963), Más allá de la geometría at the Instituto Torcuato Di Tella (1967) and “Beyond Geometry” at the Center for Inter-American Relations in New York (1968). She also took part in the Grupo 13. She died in Salta, Argentina, on July 26th, 2010.