Interview with composer Alvin Lucier I am always on the edge

“When I discuss my plays, I concentrate on technical details instead of the aspect of meaning. Someone once asked American poet William Carlos Williams about the meaning of his poems, he said: don’t ask me with what they mean, ask me about what I have created. My family and I spend our summers in Colorado, and there is a river close by. That river changes color each moment, each day, without meaning for it to happen, but still accomplishing something beautiful and expressive. I would like for the same to be said about my work.”

These words were used by American composer Alvin Lucier to describe himself during his interview at Proa, last November 24, in occasion of the XIV Contemporary Music Concerts, organized by the Complejo Teatral de Buenos Aires, and under the direction of Martin Bauer.

Born in 1931, Lucier has produced music with instruments such as a small vibrating cable (”Music On A Long Thin Wire”, 1977), a clock responsive to its owner’s emotions (”Clocker”, 1978), six glasses (”Small Waves”, 1997), o toy bird (”Bird and Person Dyning”, 1976). For some critics, his most representative work is “I Am Sitting In A Room” (1970), based on the repetition of a recording of a text recited by himself through loudspeakers. The recording and repetition of this playback is done so that it systematically cancels out any trace of the human voice.

Interviewed by critic Gustavo Fernandez Walker, Lucier remembered the moment when he found a personal way of expressing himself. He had been in Germany, in Darmstadt, where he had been to classes by serial composers; and, when he came back to the States, he understood that he could also produce serial music but it wasn’t in him as it was, essentially, an European tradition. 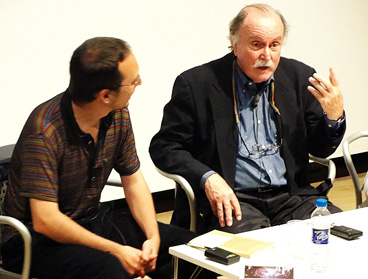 Lucier explains: “I befriended a scientist who was working on a brainwave amplifier and I got to experiment with the gadget. Back then, I was giving a class at university and called John Cage to invite him for a concert. Cage agreed to it as long as one of my compositions was part of the repertoire. I said I didn’t have any. There was an awkward silence. Then, I mentioned my work with the amplifier, who still didn’t work. He said not to mind that and give it a try; which I did. The result was the first work I considered entirely my own. It was a register of alpha brainwaves, which I used for percussion.”

In his own words, the physicality of alpha brainwaves allowed him to avoid falling into the musicality of serial compositions, focusing on more physical aspects of sound. Lucier admitted that the composing process does not come easily to him. “I would like have the right tone everyday. Instead, I have to reason hard to successively eliminate superfluous elements, leaving only what is necessary” he added.

When asked about the changes in work, he mentioned that in the 60s and 70s he worked mostly on works based on material aspects of sound, but from the 80s on, people begun questioning about the possibility of doing instrumental pieces. “I was always very interested by that [instrumental music], because I wanted to be involved in main stream music. I am a composer because I love classical music. So I begun writing pieces for strings, looking to expand the limits of the instrument’s natural sound. I played them in a simple way, without extended techniques. If I use oscillators, is to generate a more vivid sound, Now I work in between acoustic exploration and chamber music, trying hard for each composition to have a beginning and an end, so that they can be played in a concert. I am always on the edge.” 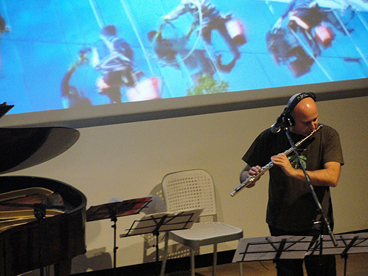 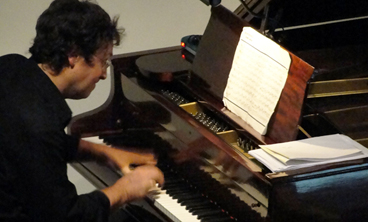 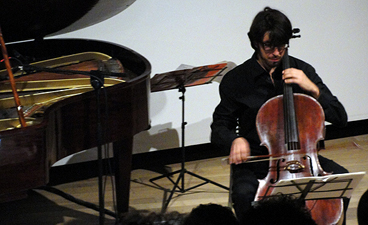 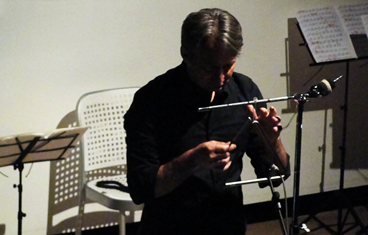